Spent part of Spring Break in the Smokies near Gatlinburg, and one of the highlights was visiting Cades Cove, an early American settlement in the mountains of Tennessee.  Lots of great stops on this tour, but the one I will remember was the Missionary Baptist Church, a little white building with a small cemetery. As we pulled up on the tour we read about the church from our tourbook.

Coming up on the left you will find the last church we will see standing in Cades Cove the Missionary Baptist Church. The church that is now standing here was built in 1915, but the congregation was formed 1839 when members of the Primitive Baptist Church who wanted to do more missionary work were expelled from the Primitive Baptist Church. As with some of the other churches in Cades Cove, the congregation did not meet during the civil war. Confederate sympathizers who were members of the church however, never did return. Sunday school was held in this church from 1898 up until 1944. 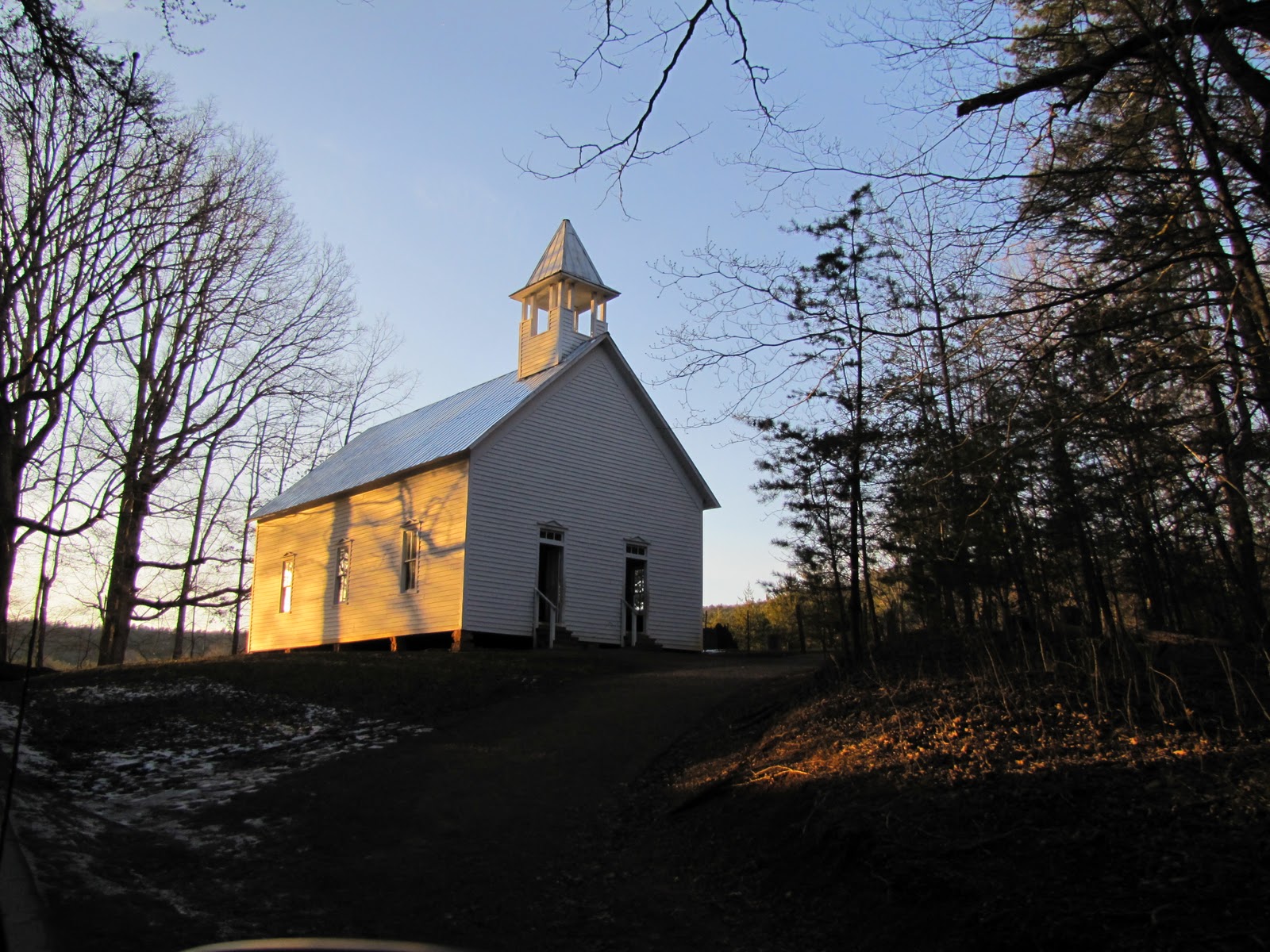 In the tourbook it had already informed us that the reason these Baptists didn’t meet during the Civil War was because they were abolitionists, and during the war many of them had to move away from the valley.  So, two things caught our eye.  First, they planted the church because they wanted to be involved in missions.  They wanted to reach their neighbors and the world.  This church was planted during a season of church history that historians call the Modern Mission Movement, a period where many felt the call to “Take the Gospel to the heathen”, meaning they wanted to go to crazy places and reach the world for Christ.  Men and women like Willam Carey, David Livingston, Lottie Moon, and Hudson Taylor led the way, and much of the Protestant tradition in North America and England got on board.  They started prayer meetings, raised up people to go, and began missionary societies to raise money for the task.   While God gave some the passion to go, or at the very least to be involved in the movement, others fought it.  After William Carey addressed a group of ministers on the need to take the Great Commission (Matthew 28:17-20) seriously, they rebuked him, saying, “When God chooses to win the heathen, He will do it without your help or ours.”  This mindset filled many churches, and in Cades Cove, a group of people wanted to reach the world, but they were put out of the church for their desire to live out the Great Commission.  So they planted the Missionary Baptist Church.

The second thing that caught our attention was that even though they lived in the South, they sided with the North, and desired the end of slavery.  This is something so many churches failed to do, both in this time and throughout the Civil Rights Movement.

We had already stopped at another church, so as we pulled up to this one on the tour I asked the family if we should stop and go in.  It was then that my wife Heidi thrilled my soul. “We have to stop at this church, this is the one we would have joined!”  My family all agreed, so we stopped and went in.  The wooden floors and pews became a place of wonder for me for the few minutes we were there, as I felt the brotherhood of the Gospel and the Great Commission reaching through the ages.

Those churches passed the baton, now it is our turn.  The Great Commission, the task to go and reach all nations is still important!  Maybe  one day, 200 years from now someone will come across information about Genesis Church and see our passions and our desire to be part of the amazing mission of God.  Maybe they will realize that we really loved the hurting, downcast, broken, and we had a great desire to reach across racial and socioeconomic boundaries.  Maybe they will see our desire to plant churches and go to crazy places with the Gospel.  And maybe they will say, “We would have joined that church.”  May we carry the baton well in our age and pass on love for Jesus and the task of the Great Commission to the next generation.