This Sunday, August 15, we will be starting a new series on the Old Testament book and story of Esther.  Pastor Mike has prepared a study guide with an overview of the book as well as the plan for our upcoming sermons.  You can find it here. 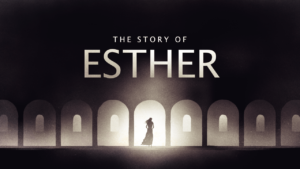 The book of Esther is nestled in at the end of the Old Testament books of history. Unlike the other historical books, this book is not situated in the Jewish homeland and capital of Jerusalem, nor is the focus on a series of kings and rulers and the arc of God’s people. This story focuses in on two key Jewish characters living in the middle of the Persian Empire, around 750 miles from Jerusalem. There are also a few Persian characters of importance in the story, including the King Ahasuerus, and Haman, a member of the king’s cabinet who institutes a plot designed to annihilate the Jewish people. The potential end of God’s people is the central question in the book. Yet, one character is conspicuously absent. As we read Esther what we will find is that this is the only book in Scripture with no reference to God or any interaction with Him.
So where is God? While He is not named, God is definitely not absent. In fact, He is the central character in this wonderful story, but He is always in the shadows accomplishing His purpose and rescuing His people. Esther is the story of God’s providence, His secret control of all things and the beautiful truth that God uses ordinary flawed people in His plans.

If you have time watch this video introduction of Esther from the Bible Project and show it to your family.